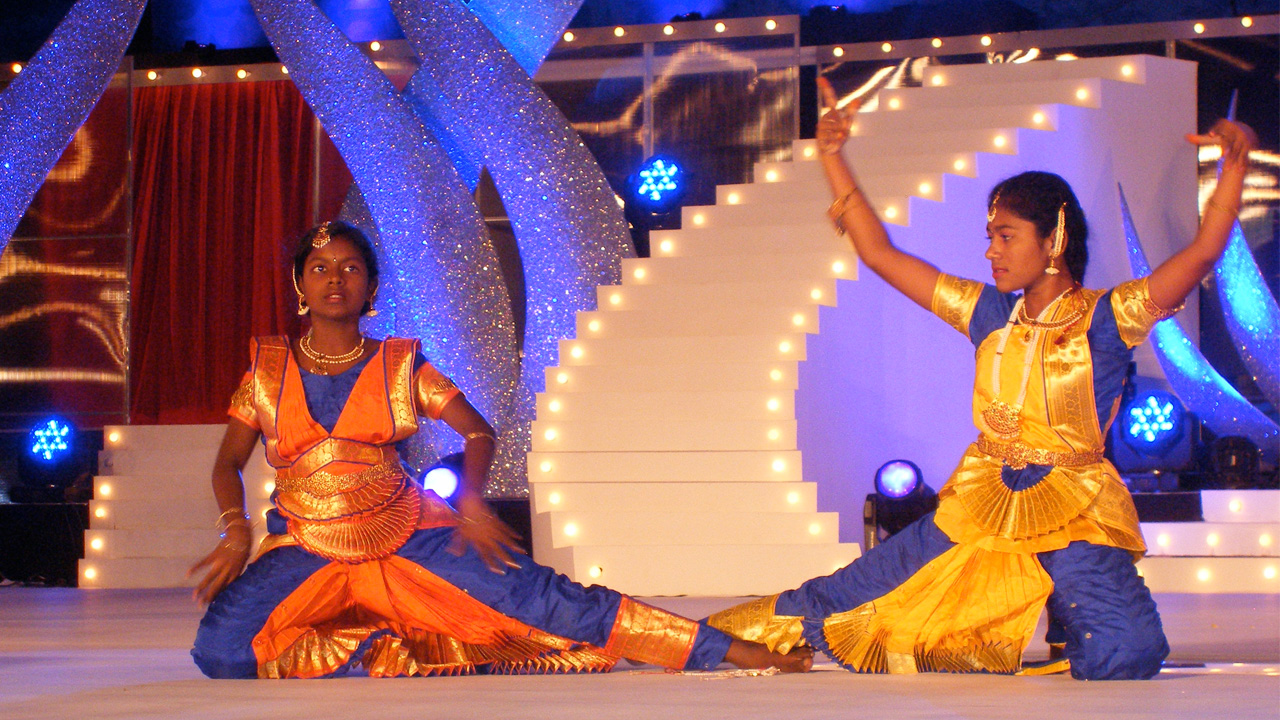 Discipline, focus, concentration, respect, goal-setting, perseverance…these are the tools needed to succeed in school, a job or any endeavor in life. This is what we teach—through dance. Joining hands with Rising Star Outreach of India, Promethean Spark International has succeeded in establishing much needed outreach programs in the Tamil Nadu District of Southern India. Working with hundreds of individuals from various leprosy colonies and the leprosy-affected students at the Rising Star School in Thottanaval (a small village 2 hrs south of Chennai) we have been able to institute year-round programs teaching life skills through the arts. Besides working with the young people, we are thrilled to be able to reach out to their parents and grandparents and other denizens of the leprosy colonies in the surrounding areas. Traveling with Rising Star’s mobile medical unit our Promethean Spark Life Coaches vising two colonies weekly providing a therapeutic movement program that also brings them great joy. You should see the thrill and light in their faces as they progress and express themselves in ways they never dreamed possible.

In 2009 we created the first ever dance troupe comprised of youth from leprosy colonies. The 20 members of the LifeDance Troupe, are taking their motto “Heal the World ~ Leaders for Life” seriously. On World Leprosy Day 2011, history was made when these courageous teens performed live at a luxury hotel (the Chennai Marriott) with David Archuleta (American Idol), Stacey Tookey (So You Think You Can Dance) and Shaun Parry (Broadway) in front of VIPs, paparazzi and news and media cameras. Never before in the history of the world has this happened. Since then they have performed for over 17,000, lifting the stigma of leprosy from the minds of the people. They are truly modern-day pioneers who are being the change they want to see in the world.

History in the making; LifeDance performing at the Chennai Marriott with David Archuleta, Stacey Tookey and Shaun Parry

Over the years we have seen many amazing individuals giving of their time, talent, energy, money, and most importantly their hearts as they taught life skills through the arts to these future leaders in India. We look forward to partnering with Rising Star Outreach and teaching hundreds more youth and children from the leprosy colonies in Tamil Nadu and Bihar over the coming years.